Welcome to Katy Perry Online, your newest and #1 source for everything Katy Perry. You may know Katy from her award winning hits such as 'I Kissed A Girl' or 'Teenage Dream'. We will provide you with new and exlusive images & news surrounding the Grammy nominated singer/songwriter. Stream her latest singles, 'Never Really Over, 'Small Talk' & 'Harley's in Hawaii' now! Enjoy, and make sure to come back for more updates!

For the 2021 Power of Women issue, Variety spoke with several women in the entertainment industry who are using their voices to benefit worthy causes. For more, click here.

In the Katy Perry canon, which, over 13 years, goes 34 singles deep — nine of them No. 1s — the theme of empowerment dates back to her earliest hit, 2008’s “I Kissed a Girl,” where she proclaims unapologetically that she “liked it.” Her most inspiring song? “It’s a combination of ‘Roar’ and ‘Firework,’” Perry muses. “Neither will ever be left off the set. It’s going to start with one and end with the other.”

Katy attended the Opening Gala for the Academy Museum of Motion Pictures in Los Angeles. HQ photos below:

September 9th, 2021
Katy to be honoured at Variety’s Power of Women Event

Variety is pleased to announce the honorees for their upcoming Power of Women: Los Angeles, which will return as a live event outdoors at the Wallis Annenberg Center on Sept. 30. The event, in partnership with Lifetime, gathers an intimate group of philanthropic women who have been selected as Variety’s honorees as well as the most powerful women working in media and entertainment.

Each of the five honorees will be featured on the cover of Variety’s Power of Women issue on Sept. 29. The issue will also include the annual Women’s Impact Report, which highlights the top 50 women working in media and entertainment who made an impact this year on the industry. Additionally, Variety has partnered with Sweet, the enterprise-focused NFT solution, to gift each honoree with a special NFT of their cover. All attendees will receive a commemorative NFT of the Power of Women invitation.

“It’s funny because she is staring at me; it could have been Marilyn Monroe or Sophia Loren,” Perry says, pointing to the 1950s-era black-and-white image of Audrey Hepburn, the first female Goodwill Ambassador for UNICEF. “I think it’s a sign she’s saying, ‘go for it, girl!’” The plan later that evening is to sing Moon River with John Legend at the gala for the international children’s aid fund, for which Perry is also a Goodwill Ambassador. While the show may focus on tried-and-true hits, don’t be surprised if Perry continues to explore music along the lines of the famous Breakfast at Tiffany’s song. “I am a Henry Mancini girl,” she confirms.

This is her first live singing appearance for a UNICEF fund-raising event since joining the organization in 2013. “It’s a great fit. And it’s interesting to go from COVID isolation to whoa, full-on Italian decadence and history.” She warmed up to post-pandemic singing, performing a sultry low-key-style ballad for a Louis Vuitton Frank Gehry-designed perfume bottle launch in July, but UNICEF’s alfresco evening at La Certosa di San Giacomo in Capri thrilled 650 guests with a full-blown concert experience.

Like any new mother—baby Daisy Dove was born on August 26, 2020—Perry has learned the art of multitasking, as any free moment she prefers to spend with her daughter. Granting the interview during her hair and make-up session just before taking the stage, Perry’s seasoned pro/girl-next-door persona shines through (and yes, her beautiful blue eyes occasionally bat, a most endearing gesture.) This was her second Capri trip. She arrived with family in tow: Daisy; fiancé and fellow Goodwill Ambassador Orlando Bloom, and Mom, Mary Hudson (née Perry). The trip would allow both young parents some decompression time before heading back to their respective projects to include the 20th season of American Idol.

Recently, Perry has observed a fair amount of “revenge peacocking” in this post-pandemic time, in which she’s happy to participate. While the pandemic may have slowed things down just enough to enjoy some downtime around Daisy’s birth, Perry hasn’t missed a beat as a style presence. But, it’s a style perspective that she would say has evolved over the years. Perry has grown into a more refined look, recalling the series of events that landed her in a light-up dress at the Met Ball in 2010, thanks to a snafu with a Viktor & Rolf number. (She topped that dress with the Jeremy Scott chandelier gown at the 2019 “CAMP”-themed event.) “Especially at that time, playing the fashion game was new for me. I was the caution queen, just wanting to wear what I wanted to wear,” she says, reflecting on her memorable looks that were the opposite of cautious. “For me, it’s a confidence thing, like I don’t need it all. I used to do crazy nails, and now I do beautiful ‘ballet’ nails,’” she says, fanning her fingers as proof.

The more sophisticated look embraces black, which she found boring in the past. Case in point: her red-carpet outfit for the UNICEF gala was a hyper-sophisticated Pierre Cardin 1978 haute couture black column dress with white statement bow sleeves. She donned a golden sequined Dolce & Gabbana dress with a white chiffon cape to perform. Not subtle, but certainly reflecting a new elegance. “You learn how to play it,” she advises of her stage presence.

END_OF_DOCUMENT_TOKEN_TO_BE_REPLACED

Katy and Orlando were seen by the beach in Hawaii enjoying their vacation. 41 HQ’s have been uploaded to the gallery below:

For the first time since welcoming her daughter Daisy Dove with Orlando Bloom in August, the pop star, 36, will hit a U.S. stage during the 2020 American Music Awards, PEOPLE confirms exclusively. The show, hosted by Taraji P. Henson, will air live on Sunday, Nov. 22 on ABC.

Perry is set to debut her moving song “Only Love” during her performance to spread a message of love and unity, according to a press release.

The American Music Awards will broadcast live from The Microsoft Theatre in Los Angeles on Sunday, Nov. 22. at 8 p.m. EST. 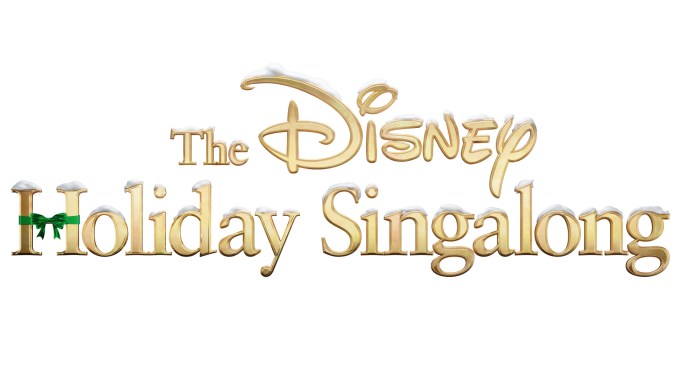 The one-hour musical event will once again include animated on-screen lyrics to allow viewers at home to sing along to the Disney melodies and classic holiday carols.

The show also returns Ryan Seacrest as host. It will air Monday, Nov. 30 from 8-9 PM ET/PT.

Katy Perry Online s an unofficial fansite and has no affiliation with Katy, her management, family or friends in anyway. All trademarks and copyrighted materials on this site are the property of their respective owners. The intent of this site is not to infringe on any copyrights, but rather to serve as a resource for fans of Katy Perry.

Please contact us if you have any questions or concerns.